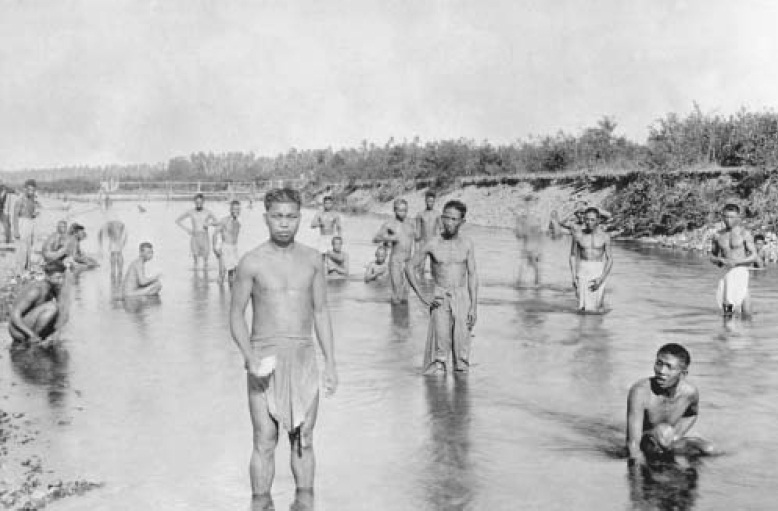 Prisoners taken by the United States during the Filipino insurrection, 1898–1902. By 1930, there were more than 63,000 Filipinos in Hawaii, having largely replaced Chinese, Japanese, and Korean workers banned from entry into the United States. (National Archives)
Another difference between Filipino and other Asian immigration is that most early immigrants came first from the United States, where their relationship afforded special opportunities for access to the country. Sometimes unable to remain in the United States, they learned that visas were available for skilled technicians in Canada, particularly in Ontario. By the early 1970s, they were bringing family members and encouraging others to emigrate directly from the Philippines. As Canadian immigration policy in the 1980s gave special weight to family reunification, more Filipinos took advantage of the provisions. During the 1980s and 1990s, Filipino immigrants were less likely to choose Toronto, though it remained the foremost Filipino community in Canada with a population of 140,000 in 2001. Vancouver’s was second, with more than 60,000. Of 232,670 Filipino immigrants in Canada in 2001, about 96 percent arrived after 1970.
See also BULOSAN, CARLOS.