Responding to dozens of petitions from states worried about the maintenance of indigent immigrants, Congress expanded the exclusion precedent set in the Page Act of 1875.
With more than a dozen petitions filed from New York, the principal state of disembarkation of immigrants, New York congressmen in both houses proposed legislation for further regulating immigration. Concerned both for the care of recently arrived immigrants and the large financial burden that states were bearing, Congress enacted the Immigration Act on August 3, 1882. The measure provided for the levying of a head tax of 50¢ per immigrant to be used to create a Treasury-administered fund for the care of immigrants upon arrival, though two years later (June 16, 1884), immigrants “coming by vessels employed exclusively in the trade between the ports of the Dominion of Canada or the ports of Mexico” were exempted. The 1882 act also expanded on the Page Act exclusions of convicts and women “imported for the purposes of prostitution” to prohibit the immigration of any “lunatic, idiot, or any person unable to take care of himself or herself without becoming a public charge.” Exclusions were further expanded by an 1884 act. 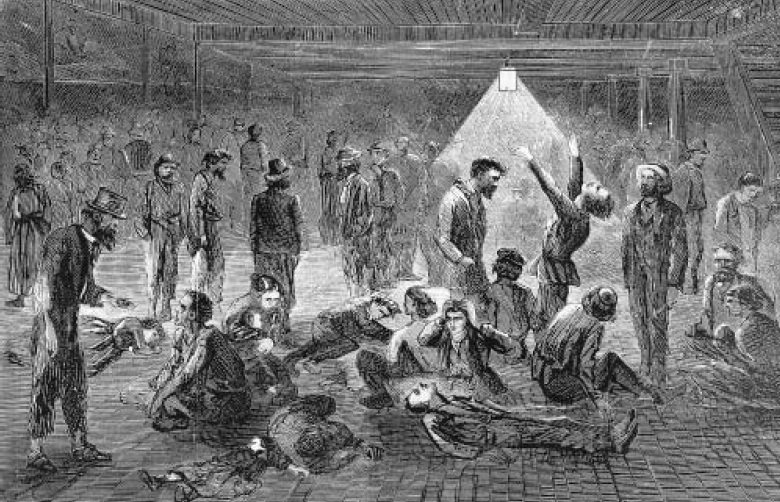 This Harper’s Weekly headline reads “Horrors of the Emigrant Ship—Scene in the hold of the ‘James Foster,’ Jun. [1869].” In December 1863, President Abraham Lincoln encouraged Congress to pass legislation enabling potential immigrant laborers to pledge future wages against their cost of transportation to the United States. By the 1860s, sea transportation had improved considerably from the famine-ship era of the 1840s and 1850s. Few people died, but conditions were barely tolerable for those who could not afford special accommodations. (Library of Congress, Prints Photographs Division)