Founded in 1905, the Industrial Workers of the World (IWW) was the most important of the radical labor organizations that operated in the United States and Canada. Many unskilled immigrants initially joined, then left as they became better situated in the labor market. Though immigrants often rejected the IWW for fear of losing their jobs in strike actions, the organization worked directly to foster interethnic cooperation. During World War I (1914–18; see World War I and immigration), membership rose dramatically, with a corresponding wave of strikes and labor militancy. Increasingly, both domestic and foreign workers who opposed the war and believed they were not being well served by traditional craft unions joined the IWW. This led to further tensions, as industrialists and politicians sought to establish links between German activity and the radical labor movement. In 1918, the Canadian government made the IWW and 13 socialist or anarchist organizations illegal. When a move to join the Communist International was narrowly defeated in 1920, the organization began to disintegrate, reflecting in part the immigrant move toward mainstream politics and assimilation. 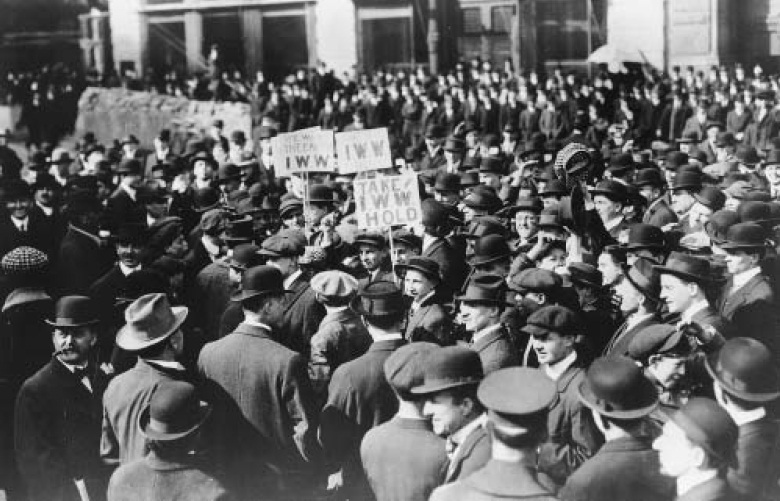 Industrial Workers of the World (IWW) demonstration in New York City in 1914.The IWW was the most important radical labor union in the United States and Canada, and it attracted many immigrants who believed that their interests were not taken seriously by traditional labor unions. (Library of Congress, Prints & Photographs Division)
See also labor organization and immigration, terrorism and immigration.