The Jewish immigrant experience was unique in North American history. Jews suffered the double discrimination of being both foreign and non-Christian in countries whose cultures were largely defined by Christian patterns of belief and practice. After much discrimination in the 19th and early 20th centuries, the Jewish community as a whole nevertheless prospered in the United States and Canada. In 2001, the American Jewish population was estimated at just over 6 million, or about 2.3 percent of the population. According to the Canadian census of 2001, about 350,000 Canadians claimed Jewish descent, about 1.2 percent of the total population. New York, New York is the center of American Judaism, with a population of more than 1.5 million. Jews make up almost 9 percent of the population of New York State. Toronto and Montreal have the largest Jewish Canadian populations.
Statistics on Jewish immigration are more problematic than for most groups. Before 1948, there was no Jewish homeland, as most Jews had been driven out of Palestine in the first century by the Romans. As most immigration statistics for the 19th and 20th centuries related principally to country of origin or land of birth, Jewish numbers were obscured. Closely related to the means of collecting data was the group’s wide dispersion. Jews inhabited most European countries and many Middle Eastern countries, complicating estimates based on emigration records or historical circumstances. Having come in large numbers from central Europe (where they spoke German), eastern Europe (where they spoke Yiddish), and North Africa and the Balkans (where they spoke Ladino), they had no common language and quickly gave up their Old World languages in favor of English or French. Finally, there is no clear consensus on the standards for being Jewish. Although Judaism is rooted in the traditional religious beliefs and practices that originated in Palestine during the second millennium B.C. perhaps 20 percent or more of Jews are not religious. Among those who are, the Orthodox carefully observe the historical rules of the Torah, while Reform Jews look to scripture for moral principles that can be adapted to the changing circumstances of Jewish life. Reconstructionist Jews are more concerned with the preservation of Jewish culture than Jewish religion, though the former incorporates many elements of the latter. Many wholly secular Jews continue to celebrate religious holidays and observe traditionally religious ceremonies, though only for cultural reasons.
Jews migrated to Britain’s American colonies in small numbers throughout the colonial period, attracted by a religious toleration unknown in Europe. By the 1780s, there were already 3,000 Jews in America. Between 1820 and 1880, a new wave of mostly German-speaking Jews came to the United States. By the 1840s, Jews numbered almost 50,000, with significant populations in most cities on the Atlantic and Gulf coasts and throughout the Midwest. By 1860, there were 150,000 Jews and some 200 congregations in the United States. Cincinnati, Ohio, and Philadelphia, Pennsylvania, emerged as Jewish cultural centers during the 1870s, as the total Jewish population rose to a quarter million. As Jews began to enter mainstream American culture, they increasingly adapted their religious and cultural patterns to their new surroundings. Out of this accommodation arose Reform Judaism. 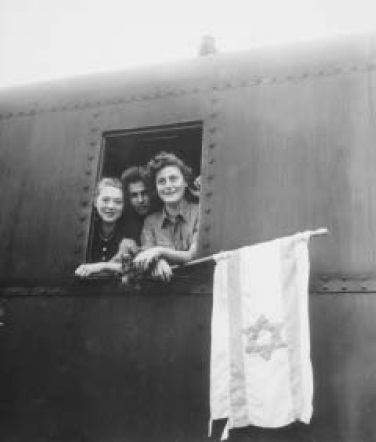