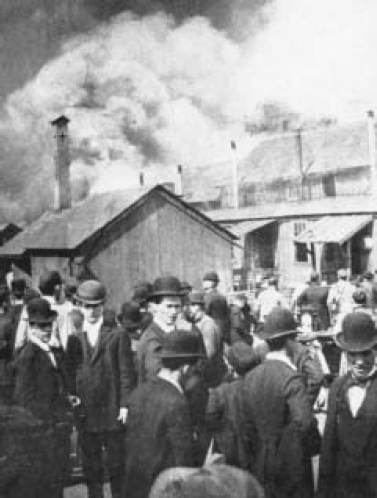 Carnegie Steel Company mills, Homestead, Pennsylvania. Pay cuts in 1892 led to a strike by the Amalgamated Association of Iron, Steel, and Tin Workers.The resulting battle led to several deaths and widespread withdrawal from the union. (National Archives)
Prior to the 1980s, organized labor supported every governmental initiative to restrict immigration. Faced with steadily declining memberships after 1975, however, some leaders reconsidered, focusing their concerns on illegal immigration rather than on general immigration policy. The AFL-CIO applauded the Immigration Reform and Control Act of 1986, particularly for its tough sanctions on employers of illegal immigrants. By 1993, the organization moved further toward support of immigration, explicitly stating that immigrants were not the cause of labor’s problems and encouraging local affiliates to pay special attention to the needs of legal immigrant workers. In February 2000, the AFL-CIO made the historic decision to reverse its position and to support future immigration. It is unclear how vigorously this policy will be pursued in the 21st century and if it will be adopted generally by organized labor, particularly in the wake of the terrorist attacks of September 11, 2001, and the continued decline of union membership.