The Lebanese, among the earliest Middle Eastern immigrants to come to North America in significant numbers, formed the largest Arab ethnic group in both the United States and Canada. According to the U.S. census of 2000 and the Canadian census of 2001, 440,279 Americans and 143,635 Canadians claimed Lebanese descent. Lebanese have settled widely throughout the United States, with significant concentrations in New York, Massachusetts, and Connecticut. About 41 percent of Lebanese Canadians live in Ontario, though the greatest concentration is in Montreal.
Lebanon occupies 3,900 square miles in the Middle East, along the eastern littoral of the Mediterranean Sea. It is bordered by Syria on the north and east and Israel on the south. In 2002, the population was estimated at 3,627,774. The people were 93 percent Arab—divided among Lebanese (84 percent) and Palestinians (9 percent)— and 6 percent Armenian. Lebanon is the only Arab country with a significant Christian population. In 2002, about 55 percent of Lebanese were Muslims, 37 percent Christians, and 7 percent Druze. Modern Lebanon corresponds roughly with the ancient seafaring state of Phoenicia, which flourished during the first millennium B.C. Never organized as an empire, it fell under the domination of successive large states, including Assyria, Babylon, Persia, Greece, the Arab dynasties, and eventually the Ottoman Empire, which ruled the region from the 16th century to the end of World War I (1918). As France gained increasing influence over the weakening Ottoman Empire in the late 19th century, Lebanon was organized as an autonomous region within the empire to provide protection for persecuted Christians. Lebanon became a mandated territory under French control following World War I and gained full independence by 1946. With the introduction of hundreds of thousands of Palestinian refugees from Israel during the 1970s, the Christian government of Lebanon quickly lost power. The Palestine Liberation Organization, with support from Syria, moved its war effort against Israel to Lebanon. The ensuing civil war from 1975 had not yet been fully resolved as of 2004.
It is difficult to provide a precise number of Lebanese immigrants, for they were rarely designated as such. Immigrants from the Ottoman Empire were usually classified in the category “Turkey in Asia,” whether Arab, Turk, or Armenian. By 1899, U.S. immigration records began to make some distinctions, and by 1920, the category “Syrian” was introduced into the census. Most Syrians were in fact Lebanese Christians, though religious distinctions still were not noticed. The majority of Arabs in North America are the largely assimilated descendants of Christians who emigrated from the Syrian and Lebanese areas of the Ottoman Empire between 1875 and 1920. Lebanese Christians were divided into several branches, including Maronites, Eastern Orthodox, and Melkites. As Christians living in an Islamic empire, they were subject to persecution, though in good times they were afforded considerable autonomy. During periods of drought or economic decline, however, they frequently chose to emigrate. Between 1900 and 1914, about 6,000 immigrated to the United States annually. Often within one or two generations, these Lebanese immigrants had moved into the middle class and largely assimilated themselves to American life. With passage of the restrictive Johnson-Reed Act of 1924, immigration dropped to a few hundred per year. The next major migration of Lebanese to North America came with the advent of civil war in the 1970s. Most of these immigrants were, however, Shiite Muslims, inclined to maintain their culture rather than assimilate and usually at odds with Lebanese Christians already in the United States. Between 1988 and 2002, Lebanese immigration averaged just under 5,000 per year.
Significant Lebanese immigration to Canada began in the 1880s. The immigrants were almost all Christians who feared persecution, particularly in the wake of the massacres of 1860. Immigration began shortly thereafter, though it was restricted to mostly poor, single young men. By the 1880s, more families were emigrating, laying the foundation for the Lebanese community in Canada, centered in Montreal. Lebanese emigration from the Ottoman Empire peaked between 1900 and 1914 with an average of 15,000 per year, before World War I virtually halted immigration. Though most went to the United States, Brazil, or Argentina, significant numbers came to Canada as well. When Lebanon came under the protection of the French as a result of the Treaty of Versailles, many Lebanese immigrants returned to their homeland during the 1920s and 1930s. 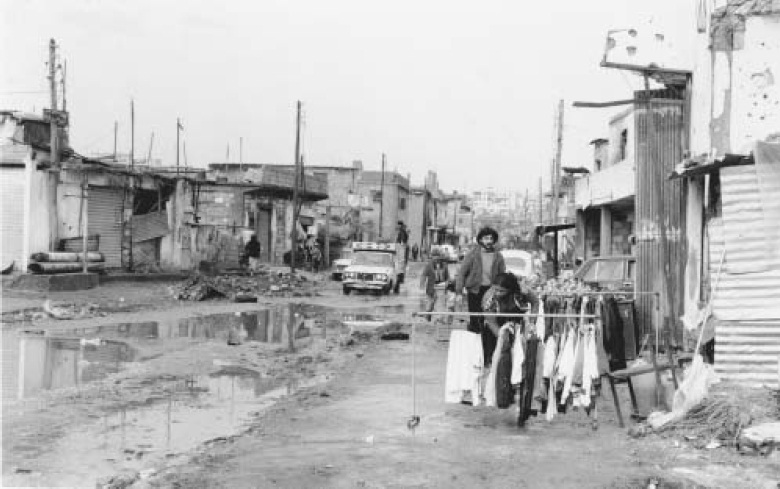