New immigration is a term principally applied to the United States, designating a shift in the most common immigrant groups. Most commonly it has been used to identify the shift in immigrant trends that occurred during the 1880s. Prior to that time, most immigrants came from Britain, Ireland, Germany, Scandinavia, and other regions of western and northern Europe. During the 1880s, the percentage of immigrants from eastern and southern Europe—the “new immigrants”—increased dramatically, with most emigrating from Italy, Austria-Hungary, and Russia. More recently the term has been applied to immigrant shifts in the wake of the Immigration and Nationality Act of 1965, which abolished the national quota system and led to the dramatic increase in immigration from Mexico, Central America, and Asia. The use of the term new immigration in both cases suggests a group of peoples less likely to be assimilated and thus the target for various forms of nativism. 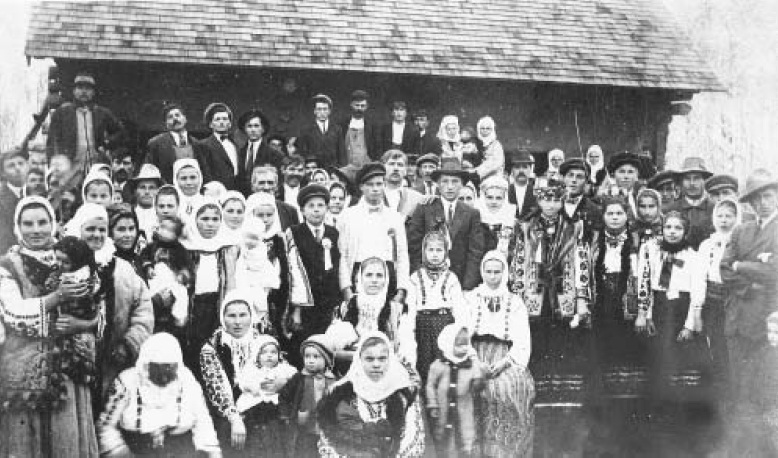 A Ukrainian wedding takes place in Samburg, Saskatchewan, in 1917. The distinctive dress and customs of eastern and southern Europeans who flooded into Canada and the United States between 1880 and 1914 marked them as “new immigrants”—as opposed to the old immigrants from northern and western Europe whose ways of life were more similar to the American norm. (George E. Dragan Collection/National Archives of Canada)