The Oriental Exclusion Act, actually a special provision of the Johnson-Reed Act of 1924, excluded immigrants who were ineligible for U.S. citizenship from entrance to the United States, even at the new ethnic-based, lower levels. It was the natural extension of racialist and increasingly restrictive immigration policies including the Chinese Exclusion Act of 1882, the Gentlemen’s Agreement of 1907, and the Immigration Act of 1917. Although the Japanese were not explicitly named, they were the clear targets of the amendment, as Chinese and Asian Indian immigration had been prohibited prior to this new legislation. Two years earlier, in Ozawa v. United States (1922), the Supreme Court had ruled that Japanese were not eligible for U.S. citizenship because they were not “white.” The Oriental Exclusion Act seemed to violate the Gentlemen’s Agreement, which put the burden of immigration restriction on the Japanese government. There was an attempt to exempt Japanese as “entitled to enter the United States under the provision of a treaty or an agreement relating solely to immigration,” but it was overwhelmingly defeated. The Japanese government protested at being singled out but to no avail. 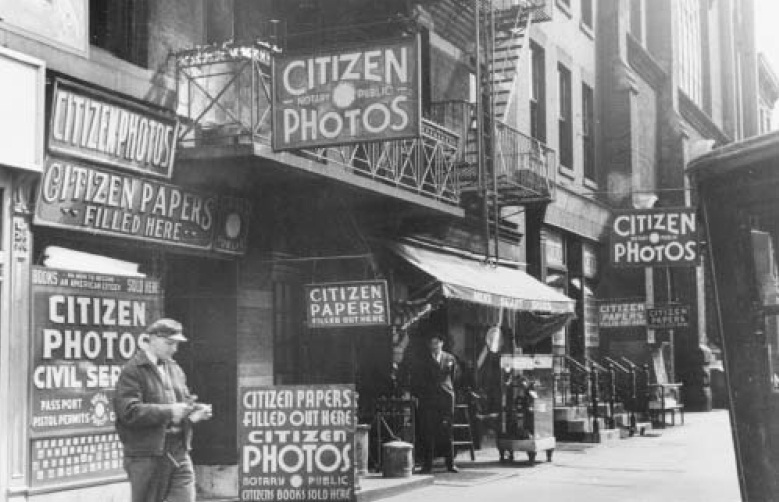 For a fee, immigrants could get help in completing naturalization papers in all the major cities of the United States—unless they were Asian. Between 1870 and 1943, most Asian immigrants were prohibited from becoming naturalized citizens. (U.S. National Archives)