An immigrant himself, Jacob Riis became one of the first progressive photojournalists in the United States, drawing the public’s attention to the plight of poor immigrants living in U.S. cities. Although he has sometimes been criticized for perpetuating ethnic stereotypes and favoring immigrants from northern and western Europe, his photographs and writings did much to encourage America’s middle class to adopt more favorable attitudes toward immigration and urban reform. How the Other Half Lives: Studies among the Tenements of New York (1890) remains the classic representation of the trials and the humanity of the urban poor during the great wave of immigration that swept the country between 1880 and 1914.
Riis was born in Ribe, Denmark, the third of 14 children. The family was poor, but his father was a respected teacher. Following Elisabeth Nielsen’s rejection of his proposal of marriage at the insistence of her parents, Riis immigrated to the United States in 1870. After several years of itinerant labor, he established himself as a reporter and eventually bought the South Brooklyn News. This provided him with the resources to ask Nielsen to reconsider his proposal, which she did. Riis established his reputation as a police reporter for the New York Tribune (1877–90) and New York Evening Sun (1890–99). Working in the worst slums of New York City, he found his lifework depicting the horrors of the slums and especially the degrading conditions in which children were raised. In How the Other Half Lives (1890), he used innovative photographic techniques and a progressive prose to suggest that, however degraded immigrants might appear, they were not inherently bad. During the 1890s his friendship with Theodore Roosevelt (successively New York police commissioner, governor of New York, and president of the United States) led to a variety of progressive reforms aimed at slum clearance, the building of parks and playgrounds, and better treatment for the indigent. 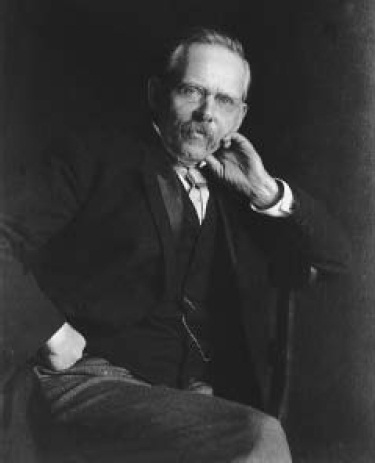 This photo by Frances Benjamin Johnston shows Jacob Riis, a Danish immigrant journalist and photographer, ca. 1900. Riis established his reputation as a reformer with the innovative How the Other Half Lives: Studies among the Tenements of New York (1890), which stressed the importance of the immigrant environment. (Library of Congress, Prints & Photographs Division)
Riis’s numerous works, including The Children of the Poor (1892), Out of Mulberry Street: Stories of Tenement Life in New York City (1898), A Ten Years’ War: An Account of the Battle with the Slum in New York (1900), and Children of the Tenements (1903) identified for his middle-class readers a host of other progressive causes, which were led by others. Although Riis became a U.S. citizen in 1895, he often visited his hometown and continued to extol the virtues of his native Denmark.