Serbs represented the largest ethnic group within the former country of Yugoslavia, and as the dominant regional group, they were less likely to migrate than Croatians (see Croatian immigration) or Slovenes (see Slovenian immigration). According to the U.S. census of 2000 and the Canadian census of 2001, 140,337 Americans and 55,540 Canadians claimed Serbian descent. These figures were low, as a large percentage of those who claimed Yugoslav ancestry (328,547 Americans and 65,505 Canadians) were undoubtedly of Serbian origin. Estimates by various ethnic organizations place the number of Serbian Americans at more than 350,000 and Serbian Canadians at more than 150,000. Major centers of Serb settlement in the United States included Chicago, Illinois; Pittsburgh, Pennsylvania; Milwaukee, Wisconsin; and San Francisco and Los Angeles in California. The largest Serbian concentrations in Canada were in Ontario. 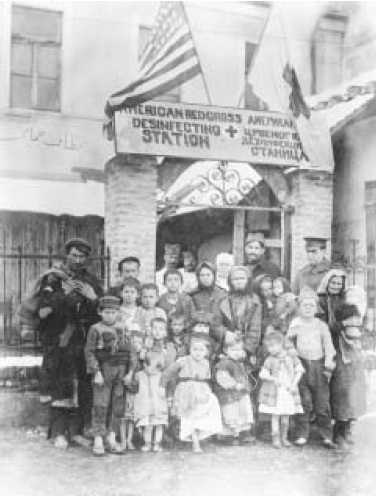 Serbia is a republic within the federation of Serbia and Montenegro, which includes the two nominally autonomous regions of Kosovo and Vojvodina. It is the successor to the Federal Republic of Yugoslavia, formed in the wake of the dissolution of the state of Yugoslavia in 1991 and the breaking away of Slovenia, Macedonia, Croatia, and Bosnia and Herzegovina. Serbia and Montenegro occupies 39,400 square miles or about 40 percent of the former Yugoslavia. Serbia and Montenegro is located on the Balkan Peninsula in southeastern Europe and is bordered by Bosnia and Herzegovina and Croatia on the west; Hungary and Romania on the north; Bulgaria on the east; and Albania and Macedonia on the south.

Serbs were the dominant South Slavic ethnic group in the Balkan Peninsula and one of the earliest to develop a strong sense of national identity. Under the Ottoman Empire since the early 15th century, the Serbs gradually gained greater measures of independence during the 19th century, moving from province to tributary principality (1817) to autonomous principality (1830) to full independence (1878). During the Balkan Wars (1912–13), Serbia expanded its borders to a state approximating the size of modern-day Serbia and Montenegro. Serbia further expanded at the expense of the defeated Austrian and Ottoman Empires in 1919, forming the core of the Kingdom of Serbs, Croats, and Slovenes, which was renamed Yugoslavia in 1929. Throughout its brief existence, Yugoslavia wrestled with the attempt by Serbs to turn the nation into a Greater Serbia. Thus, in 1991, the dissolution of Yugoslavia proceeded along ethnic lines, with Slovenia, Croatia, Bosnia, and Macedonia declaring their independence. This left two states—Serbia and Montenegro—as the new Yugoslavia. Montenegro was about 90 percent Serbian and Serbia proper about 96 percent Serbian; both provinces, however, had significant minority populations. In Kosovo, Serbs only accounted for 13 percent of the population, with 83 percent being Albanians. In Vojvodina, there was a 22 percent minority Magyar (Hungarian) population, with Serbs making up about 70 percent. Serb aggression led to an ethnic cleansing campaign in Kosovo in 1998 and the eventual dislocation of hundreds of thousands of ethnic Albanians (see Albanian immigration).

A relatively small number of Serbs immigrated to North America prior to World War II (1939–45). Exact numbers are impossible to determine, as prior to World War I (1914–18), Serbs entering the United States were categorized variously as "Bulgars, Serbs, and Montenegrins,” "Croats and Slovenes,” "Austrians and Hungarians,” or "Dalmations, Bosnians, and Hercegovinians.” They were similarly categorized in Canada, and after 1921, all ethnic groups—including Serbs—were labeled "Yugoslav.” The first substantial number of Serbs began to immigrate in the late 19th century, either settling in midwestern industrial cities or in California, which had a climate similar to Croatia’s Dalmatian coast. By 1900, some of these western settlers had migrated to take mining and railway jobs in British Columbia, Alberta, and Saskatchewan. Between 1920 and 1950, fewer than 60,000 Yugoslav citizens of all nationalities immigrated to the United States, more than 80 percent of them before the mid-1920s when restrictive legislation all but halted immigration by Slavs. During World War II, Croatia established its own state allied to Nazi Germany, but it was brought back into Yugoslavia by the authoritarian rule of the Communist leader Josip Broz, Marshal Tito (1945–80), contributing to an already large refugee population in the region. Under the Displaced Persons Act of 1948 and the Refugee Relief Act of 1953, it is estimated that more than 50,000 Yugoslavs were admitted to the United States, though many of these would have been non- Serbs seeking to escape both communism and what was perceived as the pro-Serbian dominance of Tito. Between 1991 and 2002, almost 120,000 immigrants of all ethnic groups from the former Yugoslavia came to the United States, most fleeing the ethnic conflicts in Bosnia and Serbia. Of Canada’s 145,380 immigrants from Yugoslavia in 2001, about 46 percent came after 1990, the majority from Serbia and Bosnia.