As minister of the interior and superintendent general of Indian affairs (1896–1905), Clifford Sifton planned and presided over the most successful public campaign to attract settlers in Canadian history. As a result of his efforts, more than 2 million immigrants arrived in Canada between 1896 and 1911, transforming largely uninhabited western prairies into productive farmland.
As a teenager, Sifton moved with his family to Selkirk, Manitoba, eventually opening a law practice with his brother in Brandon, Manitoba. He was first elected to the provincial parliament as a Liberal for Brandon North in 1888, before becoming attorney general of Manitoba (1891–95). His skillful management of disagreements over the teaching of religion in schools impressed Prime Minister Wilfrid Laurier, who appointed Sifton minister of the interior in 1896. Long opposed to the monopolistic rights of the Canadian Pacific Railway, Sifton instituted a policy requiring land speculators and railway companies to either colonize their lands or forfeit them. Having already lost thousands of potential settlers to the United States, Sifton also cut through the extensive bureaucratic delays in applying for homesteads, eliminating the Dominions Land Board and simplifying regulations. Finally, he hired European and American agents, offering bonuses of $5 for every certified agriculturalist they recruited over the age of 12. His policies led to an eightfold increase in annual entries, from 17,000 when he took office to 146,000 in 1905 when he resigned. As eager as Sifton was to encourage the settlement of farmers, he was eager to keep out almost every other type of immigrant, especially the mechanics and laborers who tended to flock to the cities of the United States.
Determined to bring those who would actively cultivate the soil, Sifton was not disposed to “exclude foreigners of any nationality, who seemed likely to become successful agriculturalists.” British immigrants continued to make up the largest group, however, averaging around 40 percent of total immigration. He also had great success in the United States, where land agents successfully persuaded almost 1 million settlers to come north. About one-third were newly arrived Germans, Scandinavians, Icelanders, and Hungarians, who brought considerable capital and expertise to their work. The third area of success, and one that transformed the ethnic composition of the prairies, was central and eastern Europe. Though Germans and Scandinavians were the most highly prized, they usually chose to immigrate to the United States. As a result, Sifton encouraged the settlement of Ukrainians (see Ukrainian immigration), Poles (see Polish immigration), Doukhobors, and other oppressed minorities from Austria-Hungary, Russia, and Romania, who began to flock to the free land offered on the Canadian prairies. The policy was controversial, as most Canadians considered these immigrants degraded and barbarous. Sifton nevertheless recognized the superior value of their hard work and peaceable living, which dramatically assisted Canada in opening its western agricultural lands. 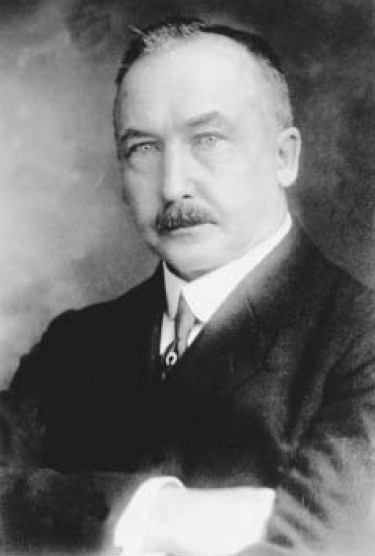 Appointed Canadian minister of the interior in 1896, Clifford Sifton believed in an almost unlimited potential for western development. “Our desire,” he wrote to Prime Minister Wilfrid Laurier in 1901, “is to promote the immigration of farmers and farm labourers.” (Library of Congress, Prints & Photographs Division)
After Sifton’s resignation over school policy for Alberta and Saskatchewan in 1905, he remained prominent in public life. He joined the Conservative Party in 1911 in support of economic protectionism and served as chairman of the Canadian Commission of Conservation (1909–18). He was knighted by King George V in 1915.