Identification: Civil rights organization founded to combat anti-Semitism
Date: Established in October, 1913
Significance: Although the Anti-Defamation League was founded to correct injustices toward the Jewish people, it later broadened its mission to seek justice and fair treatment for all social groups.
The Anti-Defamation League (ADL) was founded as an American Jewish defense organization by the Chicago chapter of B’nai B’rith. A decade before World War I, the United States experienced a vast influx of immigrants. More than 10 percent were Jews, who tended to settle in the cities of the East Coast such as New York City. Many of these Jewish immigrants were living among other immigrants who had carried their hatred and fear of Jews from their home countries, and the seemingly endless Jewish immigration from eastern Europe increased anti-Semitism. Wearing unfamiliar clothing, speaking a language most Americans did not understand, and engaging in religious practices that seemed bizarre, Jews were “othered” by some non-Jewish Americans who experienced discomfort and fear.
At the 1908 meeting of the executive committee of B’nai B’rith, Rabbi Joseph Silverman of New York proposed establishing an agency to promote “the Jewish name” and to combat stereotypes of Jews. Five years later, Chicago lawyer Sigmund Livingston, himself an immigrant from Germany, suggested the formation of a National Caricature Committee, the name reflecting the negative portrayals of Jews in the media. Early film, the vaudeville stage, dime novels, and even daily newspapers introduced the stereotype of the repulsive Jew. On stage, the Jew was a cheater, an arsonist, or a liar; on film, he was a usurer, smuggler, or worse. These stereotypes reinforced anti-Semitism and helped lay the groundwork formobviolence against Jews.
A few months before the founding of the organization that was finally named the Anti-Defamation League, Leo Frank, a Jewish factory manager, had been found guilty of rape and murder in an Atlanta trial where crowds outside the courthouse chanted, “Hang the Jew.” After reviewing the evidence, the governor of Georgia commuted the death sentence to life imprisonment. In August, 1915, a mob inflamed by anti-Semitic propaganda took Frank from prison and lynched him. Anti- Semitic words turned to deeds.
Livingston and fifteen leaders of the Jewish community convened the first meeting of the ADL in Chicago. They established a 150-member executive committee representing Jews across the United States. With a budget of two hundred dollars from B’nai B’rith and two desks in Livingston’s law office, the organization began its mission: “to stop, by appeals to reason and conscience, and if necessary, by appeals to law, the defamation of the Jewish people.” The league was also committed to securing “justice and fair treatment to all citizens alike.” One of the first actions of the ADL was to eliminate negative images of Jews in the media. Adolph S. Ochs, a member of the ADL executive committee and publisher of The New York Times, wrote a letter to newspaper editors nationwide decrying the use of “objectionable and vulgar” references to Jews in the national press. By 1920, such references had virtually ceased. 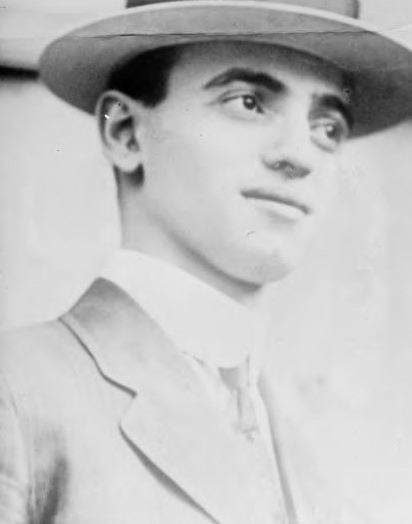 Leo Frank, whose lynching helped prompt the creation of the Anti-Defamation League. (Library of Congress)

The work of the ADL was carried forward through aggressive campaigns to educate people about anti-Semitism. Through the publication of pamphlets and short films, the league sought to eradicate negative stereotypes of Jews and to promote awareness of Jewish contributions to American life. However, serious attempts to defame Jews continued. For example, in 1920, industrialist Henry Ford began publishing the widely circulated anti-Jewish tabloid The Dearborn Independent. The Ku Klux Klan (KKK), proclaiming its hatred of Jews, experienced a resurgence in the South and several northern states, with four to five million members throughout the United States. KKK activities including boycotting Jewish merchants, smashing shop windows, and burning crosses outside synagogues.
The Protocols of the Elders of Zion (first published in English in 1919) was introduced to America and spread throughout the country. This document, later proved to be a forgery, stated that Jews were plotting to overthrow all governments and take over the world. Many Americans, conditioned to negative beliefs about Jews, accepted the document as truth. By September, 1920, anti-Semitism was so widespread that the ADL and other Jewish groups met to consider action. One outcome was a manifesto denouncing anti-Semitism signed by 116 of the nation’s leaders, all of whom were Christians, including U.S. president Woodrow Wilson, former presidentWilliam Howard Taft, and Cardinal William O’Connell.
During the 1930’s, as National Socialism (Nazism) gained momentum in Europe, attacks against Jews in America increased. The Nazis spent millions of dollars on propaganda in America; the ADL estimated that by the end of the 1930’s there were more than five hundred anti-Semitic organizations in the United States. During the lowest point of the Great Depression, many non-Jewish Americans believed that the Jews were responsible for their economic woes. The anti-Jewish radio propaganda of Father Charles Coughlin, broadcast over 475 stations, fueled this conspiracy theory.
Following World War II, the ADL worked toward ending social discrimination against Jews, focusing on barriers against Jewish memberships in organizations and prohibitions in housing. The ADL also started a “crack the quota” campaign against anti- Jewish discrimination in college and medical school admissions. The league’s weapons were the media and the law.
Over the years, the ADL has fought discrimination against Jews and other groups. During the 1960’s, for example, the ADL was actively involved with the Civil Rights movement. Headquartered since 1947 in New York City, the ADL works to provide civil liberties for all. It continues its original mission to heighten awareness of anti-Jewish propaganda, such as Holocaust-denying Web sites. The ADL alerts people to white supremacist pronouncements and denounces those who defame Jews.
Marcia B. Dinneen
Further Reading
Forster, Arnold. “The Anti-Defamation League.” The Wiener Library Bulletin 28, no. 33 (1975): 52- 58. A detailed look at the background of the ADL and the league’s continuing efforts to combat anti-Semitism.
Friedman, Saul A. No Haven for the Oppressed: United States Policy Toward Jewish Refugees, 1938-1945. Detroit: Wayne State University Press, 1973. Discusses how the intensification of Judeophobia in the United States led to the founding of the ADL.
Grusd, Edward E. B’nai B’rith: The Story of a Covenant. New York: Appleton-Century, 1966. Describes the context that led to the founding of the ADL.
O’Brien, Lee. American Jewish Organizations and Israel. Washington, D.C.: Institute for Palestine Studies, 1986. Includes general background on the ADL, including its founding, structure, and projects.
Svonkin, Stuart. Jews Against Prejudice: American Jews and the Fight for Civil Liberties. New York: Columbia University Press, 1997. Focuses on the post- World War II activities of the ADL.
See also: Affirmative action; American Jewish Committee; Anti-Semitism; Israeli immigrants; Jewish immigrants; Ku Klux Klan; Stereotyping.