Definition: Theories derived from assumptions supported by empirical studies to explain the varied processes and paths that immigrants have undertaken to incorporate into the mainstream of the destination country
Significance: Assimilation theories prevailing at different times are barometers of the political and socioeconomic environments experienced by immigrants. They have profound influence on social policies designed for the incorporation of immigrants and public attitudes that directly affect the perception and reception of immigrants. Different assimilation theories therefore could trigger the emergence of varied coping and adaptive strategies among immigrants as a response.
Several assimilation theories have evolved since the mid-nineteenth century as immigration to the United States gained scale. Anglo-conformity dominated much of the second half of the nineteenth century, when the majority of the immigrant stock were from northwestern Europe. The advent of rapid industrialization of the labor force around the turn of the twentieth century produced fertile ground for the emergence of the process theory and melting pot theory when sources of immigrants expanded to all over Europe and beyond. Ensuing theories of segmented labor market and multiculturalism took shape in the latter half of the twentieth century. As leading theoretical perspectives in contemporary times and in contention with earlier assimilation theories, they dominate the study of immigrants and influence social policies that address immigrant issues. Recognizing immigrants’ proactive role, the new theories highlight the different incorporation strategies immigrants have employed in response to the mainstream political and socioeconomic conditions while taking comfort in their transplanted ancestral cultural traditions. 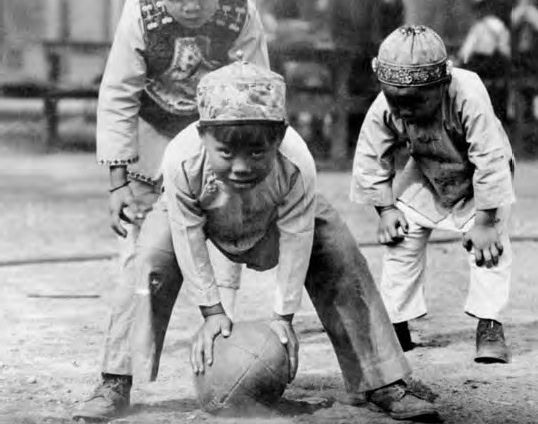 Early arrivals of Anglo immigrants from primarily northwestern Europe established the values and norms in the United States. Being the majority among all immigrants and with a head start in political and economic power, the Anglos upheld their cultural traditions as the standards, and Anglo-centrism was widespread during much of the nineteenth century. Immigrants of non-Anglo origins were compelled to discard their ancestral cultures upon arrival and conform to the prescribed Anglo way of life as the only option. Legislation was passed to discriminate against and to curtail the immigration of particular population groups. Immigrant enclaves were therefore consolidated as one of the most important protective strategies in response.

Studies of immigrants’ incorporation in the first half of the twentieth century was heavily influenced by the process theory developed by the Chicago School. In an irreversible streamline, immigrants were to be incorporated into the mainstream through a progressive process of contact, conflict, accommodation, and assimilation. Instead of forcing rapid conformity, proponents of the streamline process acknowledged a stagewise progression of immigrants’ incorporation. However, this theory fails to articulate the reciprocal cultural influence from the immigrants and suggests that some immigrant groups are unassimilable.

Growing diversity of immigrants and rapid industrialization of the labor force during the late nineteenth and early twentieth centuries gave rise to the melting pot theory. Taking reference from a stage play titled The Melting-Pot (pr. 1908) by Israel Zangwill that celebrated interracial marriage, the symbolism of the melting pot caught on socially. Proponents of the theory forecast the future of the United States as a melting pot. Immigrants of different cultural backgrounds with varied skin pigmentations dressed in their colorful ancestral costumes would walk through a symbolic melting pot upon arrival in the United States and reappear on the other end as members of a homogeneous culture. The melting pot theory acknowledges the reciprocal contributions of the immigrants to the mainstream.

The segmented labor market theory evolved in the second half of the twentieth century, mainly to explain the experiences of immigrants from non- European countries. Social and cultural resources of immigrants upon arrival and covert discrimination suggested or practiced in the mainstream have shaped the labor market into formal and informal sectors. In the formal sector, where greater potential for job security, promotion, and upward mobility is built into the structure, the presence of immigrants tends to be more limited. Immigrants, however, are highly concentrated, voluntarily or involuntarily, in the informal sector (for example, ethnic enclave economies), where there is a lack of structural buildup for security and advancement, by comparison. The segmented labor market theory suggests that there is unequal access to opportunities for immigrants and therefore retardation of immigrants’ incorporation into the mainstream. The segmented labor market may also be a voluntary transition that cushions immigrants with necessary ethnic support and facilitates their incorporation into the mainstream at a more comfortable pace.

Multiculturalism arose in the wake of the Civil Rights movement and the reform of the immigration policy during the 1960’s. Rising presence of cultural diversity and the strengthening voice of immigrants and minorities have propelled social and political transformation. Diversity is perceived with growing appreciation, and multiculturalism highlights cultural diversity as enrichment to the mainstream. Cultural traditions and economic contributions of immigrants are respected, acknowledged, and applauded. Instead of forcing immigrants to be assimilated to any prescribed cultural norm, different cultural groups are encouraged to express themselves in reshaping and redefining what the mainstream culture is. Multiculturalism is in strong contention with earlier assimilation theories in immigrant studies.
Linda Q. Wang
Further ReadingSee also: Americanization programs; Angloconformity; Cultural pluralism; Ethnic enclaves; Eugenics movement; Hansen effect; Identificational assimilation; Melting pot theory; Social networks.