The Event: National movement to encourage the use of birth control methods
Date: Emerged after 1914, when term “birth control” was coined
Significance: Starting with the efforts of Margaret Sanger and the National Birth Control League, attempts to promote family planning through contraceptive use among recently arrived immigrant groups have proven extremely controversial and have closely paralleled the national debates over such divisive issues as eugenics and reproductive rights.
As waves of immigrants from southern and eastern Europe arrived on American shores in the decades leading up to World War I (1914-1918), a backlash arose among native-born intellectuals who feared that this influx would lead to what sociologist Edward Alsworth Ross termed “race suicide.” In seminal and widely influential works such as Social Control (1901) and The Old World in the New: The Significance of Past and Present Immigration to the American People (1914), Ross argued that increased fertility rates among immigrants of Slavic and Mediterranean ancestry, whom he believed to be, on average, less intelligent than Americans of Anglo- Saxon descent, threatened to undermine American national prosperity. The ideas of Ross and fellow eugenicist Charles Davenport heavily influenced President Theodore Roosevelt. From 1901 to 1909, when he was in office, Roosevelt spoke frequently of the danger that allegedly high fertility rates among new immigrants posed to the United States. He argued that women of English descent had a moral obligation to produce more offspring to offset immigrant birthrates. Although later scholarship would find that secondgeneration immigrants actually had relatively low fertility rates during the early twentieth century, the public perception that American cities were being swamped with the children of recent immigrants led to efforts to decrease the birth rate among these newcomers.

From Eugenics to Birth Control

One woman highly influenced by the work of eugenic theorists was Margaret Sanger, a nurse who worked with immigrants living in New York City’s lower East Side. Sanger had witnessed firsthand the toll that multiple, unwanted pregnancies inflicted on the physical and mental health of the women of the Italian and Jewish communities in which she labored. She was particularly disturbed by the widespread incidence of illegal and often fatal septic abortions that she believed stemmed fromthe unavailability of safe methods of contraption. Sanger coined the term “birth control” in 1914 and began distributing diaphragms to poor immigrant women the following year.
In 1915, Sanger published Family Planning, a guide to contraception in pamphlet form. Distributing the pamphlet by mail violated the federal antiobscenity statutes known as the Comstock Laws. In 1921, she formed the American Birth Control League (not to be confused with the unrelated National Birth Control League), which campaigned for legal contraception and made “birth control” available to many immigrant women for the first time. 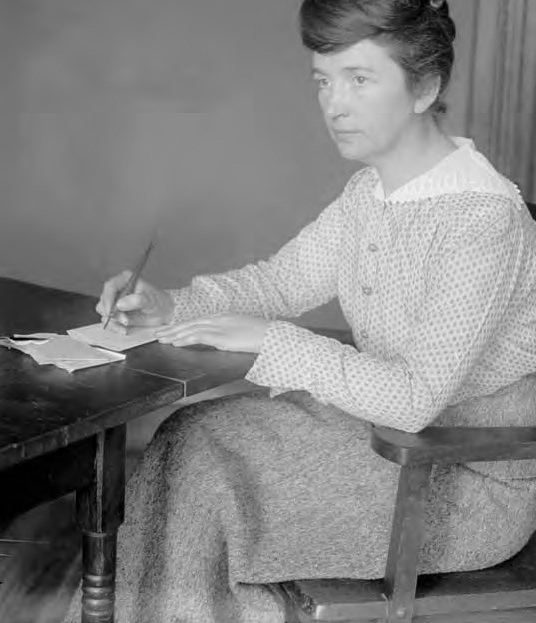 Margaret Sanger. (Library of Congress)
Sanger’s motivations were twofold. She was concerned about the welfare of individual immigrant women and their families, but she was also influenced by eugenicist arguments. Among the stated goals of her American Birth Control League was to prevent the birth of large numbers of diseased and so-called feebleminded infants to women whose ethnicity rendered their offspring prone to such traits. However, many leading eugenicists initially opposed her work to legalize contraception because they feared that such efforts would result in a greater use of diaphragms among native-born women that would lead to a further decrease in the percentage of American residents of British extraction.
By the 1920’s, the failure of such groups as the Eugenics Education Society and the American Eugenics Society to increase birth rates among woman of Anglo-Saxon heritage led them to reconsider their reservations. If native-born American women could not be persuaded to reproduce with greater frequency, they reasoned, then immigrants should be given the means to reproduce less. As a result, many of the same intellectuals who pushed for passage of the restrictive Immigration Act of 1924 also advocated legalizing contraception. Their efforts led to a groundbreaking federal court ruling in United States v. One Package of Japanese Pessaries (1936). The Second Circuit Court of Appeals decision ruled that the federal government could not prevent physicians from prescribing contraceptives. After a lengthy legal battle waged by Planned Parenthood, the successor organization to Sanger’s American Birth Control League, the U.S. Supreme Court finally legalized contraception for married couples nationwide in its 1965 Griswold v. Connecticut decision.

As a result of the Supreme Court’s Griswold ruling, contraceptives became available to adult immigrant women throughout the United States. However, efforts to target birth control specifically at new immigrants have remained controversial. During the 1980’s, conservative opponents of increased immigration began citing high fertility rates among Hispanic women as a cause for concern. Some commentators even argued that these women should be encouraged to use birth control.
Family-planning organizations have also frequently been criticized by opponents of contraception for targeting poor, urban women—many of who are recent immigrants—as perpetuating a form of voluntary eugenics among these newcomers. Like some of their Mediterranean and eastern European predecessors, immigrants from Latin America, Africa, the Middle East, and Asia may also bring with them personal ambivalence or doubts about the use of birth control, often stemming from cultural or religious practices in their nations of origin. However, by the early twenty-first century, contraceptives and family planning were being openly advertised in many languages, and their use among new immigrants was becoming increasingly common.
Jacob M. Appel
Further ReadingSee also: Child immigrants; Eugenics movement; Families; Immigration Act of 1924; Women’s movements.