Also known as: Bureau of Immigration and Naturalization

Significance: The Bureau of Immigration was the first federal government entity to standardize immigration operations in the United States, and it enforced legislation passed by the U.S. Congress and reported on the status of immigrants entering the country.

Until late in the nineteenth century, foreign immigration into the United States was overseen by the governments of individual states. The U.S. Congress created a commissioner of immigration in 1864, but that position was abolished only four years later. It was not until 1891 that managing immigration became a federal responsibility. In March of that year Congress established the Bureau of Immigration, charging it with developing policies to systematize immigration processes.

Initially, the bureau was responsible for collecting the tax new immigrants were required to pay on entry to the country. Bureau officials later began collating and publishing rosters of immigrants, enforcing laws that established quotas for immigrants from certain countries, and conducting health inspections to detect communicable diseases among those wishing to enter the United States. One of the bureau’s first actions was to begin operating newly created permanent immigrant inspection stations at the nation’s borders. The most notable of these was at Ellis Island, which opened in New York Harbor in 1892. The bureau also eventually ran stations in other major ports of entry such as Philadelphia, Boston, New Orleans, and San Francisco, where a facility on Angel Island served as a detention center for Asians whose entry into the country was being contested by federal and California state officials.

The bureau was never adequately funded to perform all its assigned tasks. Over the years, it was shifted among various government departments. In 1903, it became a part of the newly created Department of Commerce and Labor. In 1906, it was given the additional responsibility of administering federal programs for naturalization and became known as the Bureau of Immigration and Naturalization. In 1914, the agency moved to the Department of Labor and its functions were divided between two agencies—the Bureau of Immigration and the Bureau of Naturalization. 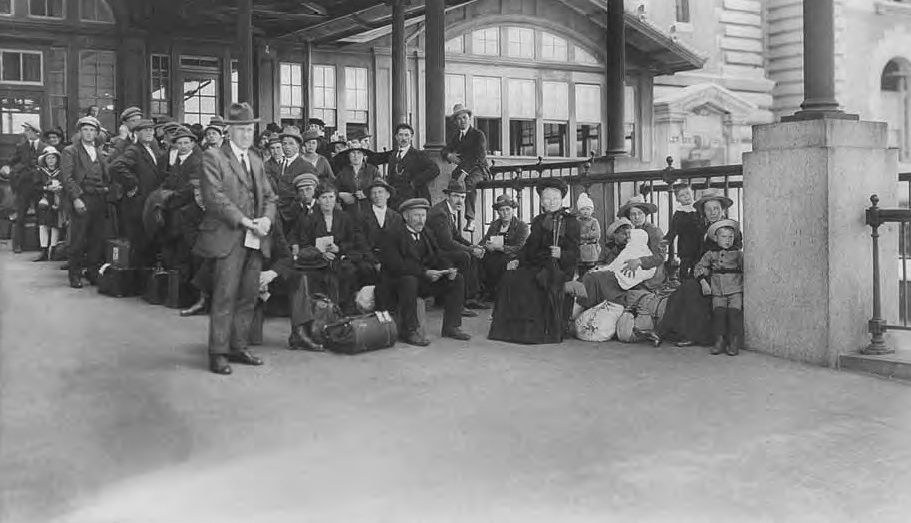 Annual reports fromthe Bureau of Immigration often served as cautionary tales regarding the future of immigration. Bureau leaders constantly warned about problems caused by the increasing concentration of foreign immigrants in major northeastern cities and about increasing problems of immigration from Mexico. The latter concern prompted Congress to create the U.S. Border Patrol in 1924. The initial mission of this new subsidiary of the Bureau of Immigration was to apprehend immigrants entering the United States illegally; however, its principal initial targets were Chinese attempting to enter the country illegally by going through Mexico because they had been denied legal admission through U.S. ports of entry.