The California gold rush that started in 1849 saw the first influx of Chinese and other Asian immigrants into the state as a shortage of American labor forced mining companies to seek out immigrant workers. Chinese immigration to the Western Hemisphere had been begun long before California’s gold rush. Spanish emigration companies had recruited cheap Asian labor to work in Peruvian silver mines and Cuban plantations. During the U.S. CivilWar (1861-1865), the Lincoln administration pushed through the 1864 Act to Encourage Immigration, which established the U.S. Emigration Office. That office worked with the American Emigrant Company, a private organization that focused on European immigration to respond to the shortage of workers created by the drafting of some one million American men into the Union Army. The law was repealed in 1868, but by that time, a mechanism for recruiting immigrant workers had been established.

Also during 1868, the U.S. and Chinese governments signed the Burlingame Treaty, under which China allowed mass emigration of workers to the United States. At the same time, labor was needed to build the first transcontinental American railroad, a massive engineering and construction feat that required thousands of workers performing dangerous work for limited wages. Immigration agents signed contracts with employers promising specified numbers of immigrant laborers, who would sign contracts to work for at least three years, in return for wages that were low by American standards. This contract labor system was difficult to enforce after the immigrant workers arrived in the United States, where they could leave their jobs relatively easily for better-paying work elsewhere without serious consequences for breaking their contracts.

The railroads recruited tens of thousands of Chinese laborers from China’s Pearl River area in Guongdong Province, paying their passage to the United States. Derisively known as “coolies” to many Americans, the Chinese workers did much of the most dangerous work in the construction of the railroad, particularly in helping to blast tunnels through the Sierra Nevada range.

American companies were not the only agencies recruiting contract labor. During the 1870’s a group of Chinese American industrialists known as the Six Companies used their close ties to their homeland to attract thousands of Chinese immigrants to San Francisco to work in the Chinese-run industries or to establish their own businesses. Also known as the Chinese Consolidated Benevolent Association, the Chinese Six Companies helped build a Chinese American community that would assist new immigrants find jobs and adapt to their new homeland. 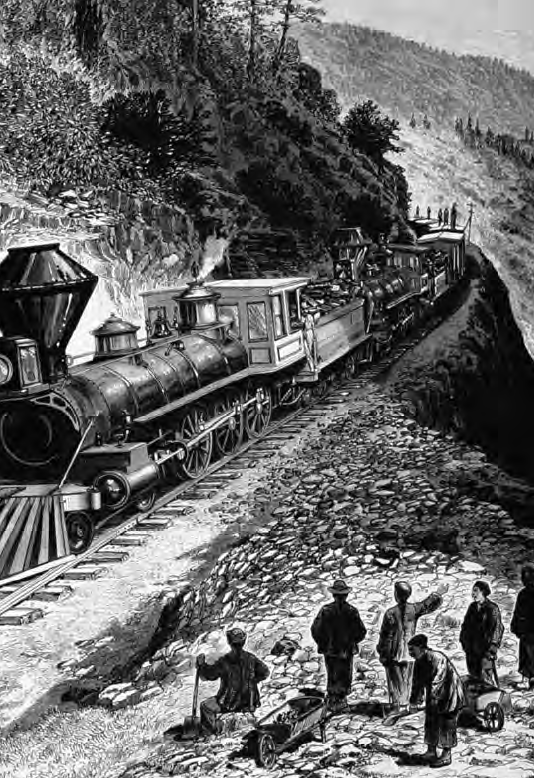 Other Asian countries that sent large numbers of contract laborers to the United States included Japan and the Philippines. Many Japanese laborers were recruited to work on Hawaiian pineapple and sugar plantations. Under the contract labor system, they signed three- to five-year contracts to work in return for wages and free passage to Hawaii. By the end of the nineteenth century, when Hawaii became an American territory, the Japanese were one of the islands’ largest minority groups, while native islanders made up only a small minority of the population. Filipinos were also heavily recruited to work in Hawaii. The contract labor system worked more efficiently on the islands than it did in the continental United States because of the islands’ isolation and small geographical area, which limited the ability of immigrant workers to abandon their contract jobs to find work elsewhere.

In the United States, the influx of low-wage immigrant workers brought in by the contract labor system angered many American labor organizations, such as the Knights of Labor, which lobbied the California and federal governments to restrict or halt all Chinese immigration. The labor groups feared American wages were being depressed by cheap foreign labor and directed their ire at the Chinese. In 1862, California responded to these complaints with the Anti-Coolie Act that imposed a special tax on all Chinese workers. Particular targets of this law were Chinese miners, who were forced to pay a monthly $2.50 tax in order to work in California. Mining companies employing Chinese miners were responsible for collecting the tax and were subject to large fines for noncompliance. The state law targeted Chinese workers on the assumption that raising the costs of immigrant labor would stop mass immigration from Asia. However, the tax had little effect in slowing immigration.