Significance: As the secretary of labor under three U.S. presidents, Davis helped to enforce the national origins quotas of 1920’s immigration law and advocated additional restrictions on immigration.

Born in 1873, James John Davis was the son and grandson of skilled workers inWelsh iron mills. His family emigrated to Pennsylvania when he was eight. At the age of eleven, Davis became an apprentice in a steel mill; by sixteen, he was a puddler who stirred molten metal. At that time, he joined the ironworkers’ union, in which he eventually became a leader.

After leaving factory work, Davis became rich and achieved a national reputation as director general of the fraternal Loyal Order of Moose. In March, 1921, President Warren G. Harding appointed Davis secretary of labor. As the federal Bureau of Immigration was then an agency of the Department of Labor, Davis was responsible for enforcing the recently enacted national-origins restrictions strictly but humanely. In support of the highly restrictive Immigration Act of 1924 (also known as the Johnson-Reed Act), Davis published articles advocating increased quota restrictions and argued they should be imposed on Mexico and Canada. 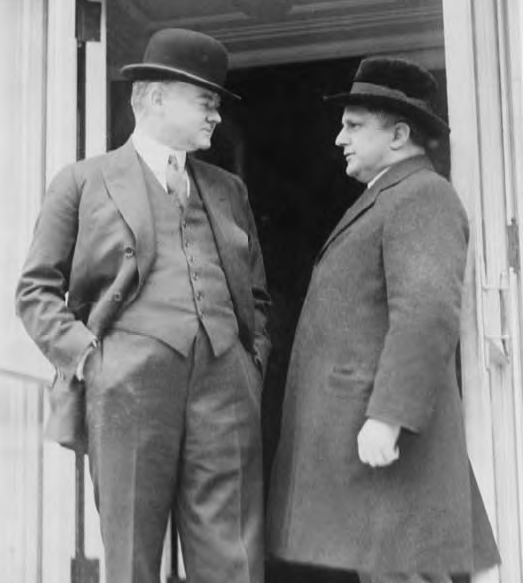 In May, 1924, while Davis was still head of the Labor Department, the U.S. Border Patrol was established under the department’s jurisdiction. Five years later, Davis felt frustrated by what he called the “patchwork” nature of federal enforcement of immigration laws and urged Congress to codify the immigration laws. He specifically suggested deterring unauthorized entry through the use of detention facilities and air patrols. He kept his cabinet post under both President Calvin Coolidge and President Herbert Hoover. However, he resigned from the department in 1930 when he was Republican senator from Pennsylvania. He served in the U.S. Senate until 1945, two years before he died.