Significance: The greatest physicist of the twentieth century, Albert Einstein found refuge from Nazi threats in the United States, where he became a symbol of scientific genius and internationalism.

Albert Einstein was born into a middle-class Jewish German family in 1879. He found German schooling stultifying and in 1895 went to study in Switzerland. He renounced his German citizenship in 1896, when he was only sixteen. During the first two decades of the twentieth century, Einstein transformed modern science with his theoretical work on the photoelectric effect, Brownian motion, quantum energy, light, gravity, relativity of space and time, and conversion of matter into energy (E = mc2). 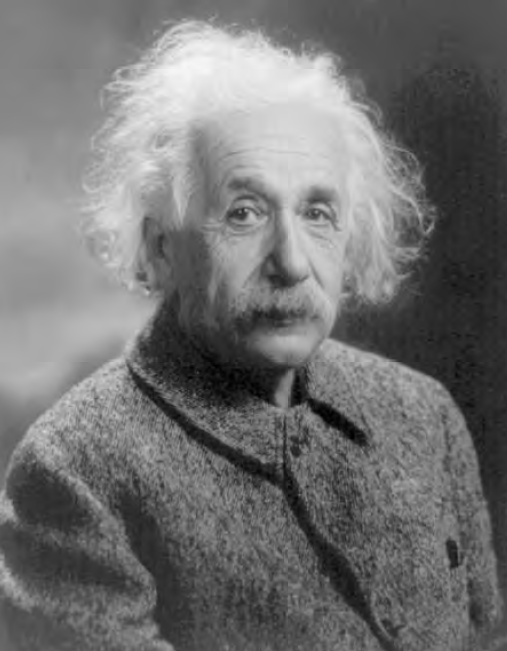 In 1914, Einstein returned to Germany as a professor at the University of Berlin, winning the 1921 Nobel Prize in Physics. Einstein’s fame brought him lectureships throughout the world; it also made him the focus of attacks in an increasingly anti-Semitic and militaristic Germany. Fearing for his safety, he and his wife, Elsa, immigrated to the United States on October 17, 1933, where Einstein accepted a position at the Institute for Advanced Study in New Jersey. Although some Americans opposed Einstein’s immigration for his "radical” views, Einstein embraced the opportunities and freedom of his new nation. He cowrote a famous letter to President Franklin D. Roosevelt in 1939 advising him of the possibilities of developing an atomic bomb. On June 22, 1940, Einstein took his American citizenship test and gave a talk for the government’s I Am an American radio series; he was naturalized on October 1, 1940. After World War II, Einstein advocated nuclear disarmament and international cooperation. He died in 1955.

Sayen, Jamie. Einstein in America: The Scientist’s Conscience in the Age of Hitler and Hiroshima. New York: Crown, 1985.