Definition: Establishments run and staffed by family members and within which entire families may work

The majority of European immigrants who arrived in the United States during the nineteenth century found work in the burgeoning new industries of the country. Meatpacking plants, steel mills, the garment industry, coal mining, and railroad construction provided a large number of jobs, most of which required few if any special skills. Many of these jobs required strenuous manual labor in harsh working conditions for as long as ten to twelve hours a day. Some were dangerous, posing constant risks of serious injury and possibly even of death. At the same time, they typically paid low wages, and bosses occasionally would not even pay non-English-speaking immigrants. In these conditions, enterprising immigrants lived as frugally as they could, saved money, and joined with other family members to start small businesses using such skills as they had and small investments. Not only did husbands, wives, and children work in these family businesses but also brothers, sisters, cousins, and even grandparents. Most such businesses were located within the ethnic neighborhoods in which the immigrants lived.

Family businesses were most typically associated with food. Residents of predominantly Irish, German, Polish, Lithuanian, Italian, and Greek communities provided ready markets for products that reminded them of their homelands and for shops where they conducted their transactions in their native languages. Restaurants, bakeries, grocery stores, candy stores, and taverns all provided both the familiar foods of home and opportunities to interact with friends and neighbors in familiar atmospheres.

The food industry also provided business opportunities for those lacking the funds to open stores or restaurants. Greek and Italian immigrants were particularly resourceful in creating small business enterprises that did not require storefronts by selling their wares from pushcarts and temporary stands along the streets of their ethnic neighborhoods. Many sold local specialties of the particular regions from which they emigrated. Others sold fruits and vegetables that they raised in small garden plots.

Immigrants also established businesses not related to food, such as sewing and laundry and dry cleaning services. When they saved sufficient capital, many immigrants who had been skilled tradesmenin theirhomecountries opened cobbler shops, small cigar-making shops, and tanneries, as well as cabinet-making shops, metal and woodworking shops, and barbershops. Italians in particular established businesses in the construction trades. European Jewish immigrants became involved in the garment industry as tailors and dressmakers.

Encouraged by their success in their local neighborhoods, the Italian pushcart vendors soon started sending family members with carts of fruits and vegetables into adjacent residential neighborhoods. Immigrant street vendors also set up stands in major commercial areas of the cities in which they lived to sell their wares to larger markets.

Immigrant family businesses did not simply remain small storefronts or home-based service businesses. Many Italian immigrants who began as pushcart vendors of fruits and vegetables transformed their businesses into wholesale produce firms with fleets of delivery trucks. Such businesses typically remained family owned and managed, while also employing many nonfamily members. German bakers expanded their businesses. Some opened chains of bakeries, others set up wholesale bread companies. Many Jewish immigrants expanded small tailoring and dressmaking shops into large garment factories.

As they became more affluent, immigrants from virtually all immigrant groups founded businesses in profitable market sectors. Immigrants owned steel mills, breweries, flour mills, and other businesses. These businesses tended to stay family owned, as they were passed down to succeeding generations of family members. Many of these businesses grew from single commercial entities to become large corporations with facilities throughout the United States. By the middle of the twentieth century, firms founded by immigrant families were a major part of the mainstream of American business.

At the same time that European immigrants were settling in the eastern and midwestern states, Chinese immigrants were arriving in California to work in the gold mines and to work as laborers building the transcontinental railroad. This growing influx of Chinese workers created markets for familiar Chinese products, especially foodstuffs. Family-owned and operated Chinese restaurants and grocery stores soon began opening, with husbands, wives, children, and other family members all involved. Other family-owned and operated businesses appeared as well. Herbalists opened shops in which family members knowledgeable in the medicinal properties of herbs saw patients, while other family members prepared the herbal medicines—often within family kitchens.

The booming population of miners from around the world and the growing number of tourists in San Francisco and other California towns created additional business opportunities for Chinese immigrants. The need for laundry services provided a major business sector in which Chineseowned and operated businesses prospered. Curio shops also enjoyed immense success in the West. Immigrants with families still in China imported carved ivory and jade items to sell in their shops. However, Chinese immigration experienced a major setback in 1882, when the U.S. Congress enacted the Chinese Exclusion Act. This was an era when anti-Chinese sentiment was growing in the West. By the early twentieth century, 80 percent of the Chinese living in the United States had fled to large metropolitan cities where they lived together in an area known as Chinatowns and continued to operate family businesses. 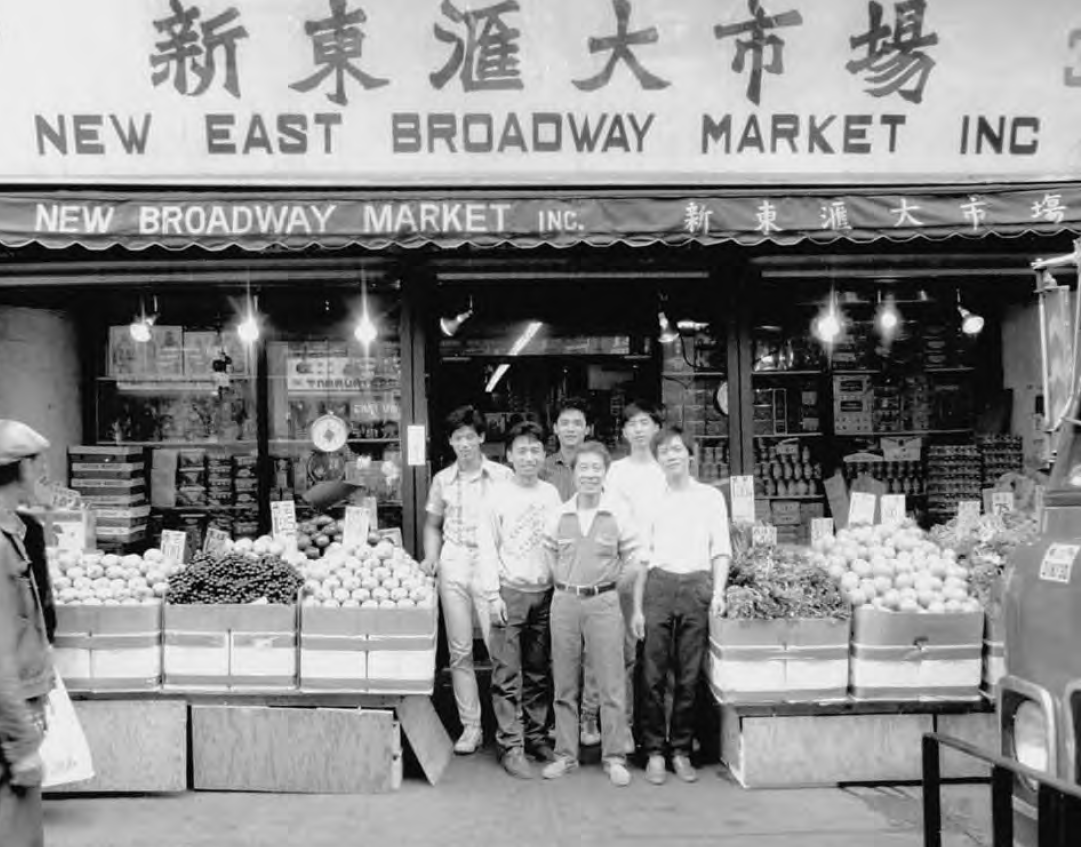 In the latter half of the twentieth century, immigrants not only from China but also from Korea, Vietnam, India, and many other Asian countries came to the United States. Family businesses, especially in the food sector, continued to offer opportunities for financial success. Although the United States increasingly was by then becoming a country of large conglomerate commercial enterprises, Asian immigrant families still managed to find success in starting ethnic-based enterprises.

Early immigrants from Mexico and other Latin American countries, like the Asian and European immigrants, settled in large cities and established ethnic neighborhoods. These neighborhoods provided the opportunity for successful family businesses that served the needs of the communities. During the later years of the twentieth century and the early years of the twenty-first century, many Hispanic immigrants, especially from Mexico, also settled in rural areas in which Hispanic populations were smaller and more dispersed. However, as the United States has continued to evolve into a multicultural society, families in these immigrant communities have found many opportunities to establish restaurants and food stores that provide the traditional foods of their native countries.

During the early history of U.S. immigration, family structures were not significantly changed within families that worked together in businesses. However, by mid-twentieth century, the roles that parents and children assumed in these businesses began to have a significant impact on family relationships. For example, children of non-Englishspeaking immigrants began to play more important roles in the businesses as parents relied increasingly on the children’s better English-language skills. The American-educated children assumed more of the tasks requiring interaction with clientele and vendors. Consequently, the parent-child roles within many immigrant families have undergone reversals, with the younger generation taking greater control.

By opening family businesses, immigrants have played an important role in the development of the American business sector. Although immigrant businesses were originally staffed predominantly by family members, many of them evolved into large enterprises that have employed large workforces. As family businesses have grown, they have offered employment opportunities to other immigrants, particularly those in the same ethnic groups as the owners of the businesses.

While various immigrant groups were instrumental in the creation of a broad range of business activity such as the garment industry, trucking and manufacturing, immigrant family business has been the most visible as a factor in the food service business. Ethnic restaurants have become an integral part of the American landscape.