Significance: Father Flanagan was an early and vocal advocate of child-care reform whose experiences as a Roman Catholic parish priest among the impoverished immigrants in Omaha, Nebraska, convinced him that addressing such catastrophic social conditions could only begin with taking in homeless boys and educating them. His idea grew into Boys Town, one of the most successful social engineering projects of the twentieth century.

Born in rural west central Ireland, Edward Joseph Flanagan, the eighth of eleven children, was a gifted, if frail, child who often devoted the long hours of tending his family’s sheep and cattle to reading and prayer. Although poor, his parents were determined to provide Edward with education sufficient for him to become a priest. When he turned eighteen, he immigrated to the United States, his parents convinced that America offered educational opportunities not available in Ireland. In 1906, Flanagan completed his undergraduate work at Maryland’s prestigious Mount St. Mary’s College. He then enrolled in St. Joseph’s Seminary in New York City, but persistent respiratory problems compelled him to return to Ireland and then recommence his education first at Rome’s Gregorian University and ultimately at the Jesuit-run University of Innsbruck, Austria, where in 1912 he was ordained.

Because he had worked briefly as an accountant for a meatpacking firm in Omaha, Nebraska—a job secured for him by Omaha’s bishop, an early sponsor of his studies—Flanagan accepted a pastoral appointment at St. Patrick’s Parish in one of the city’s most impoverished neighborhoods. After the catastrophic drought of 1913, migrant farmworkers, largely German and Irish immigrants, were left without work. Flanagan worked tirelessly for five years to provide the homeless men shelter and food, but he became convinced that long-term correction of the problem had to begin with saving the youth, specifically the boys he saw wandering the streets. In 1917, with a ninety-dollar loan from a pawnbroker, Flanagan opened an orphanage for boys, determined to provide them not only food and shelter but also education, vocational training, and moral instruction.

The number of boys grew so quickly that by 1921 Flanagan had purchased a farmten miles west ofOmahaand turned it into The City of Little Men, his model for what would eventually become Boys Town. The experimental community accepted homeless boys between the ages of ten and sixteen (550 residents at any one time). The community, guided by Flanagan’s philosophy that there was no such thing as a bad boy, received enormous media attention: It was the subject of a 1938 Oscar-winning film in which Spencer Tracy played Flanagan, and Flanagan himself had a weekly radio show. Within a decade, Boys Town was welcoming boys from more than thirtyfive states. 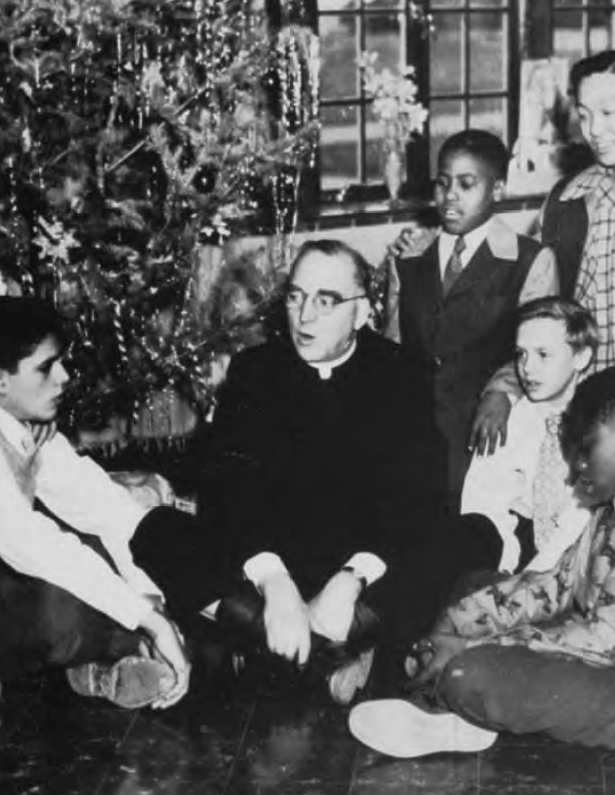 Flanagan received numerous humanitarian awards and became internationally known for his research into child care, particularly his visionary theories on how introducing community interaction, moral guidance, and social responsibility to abandoned children were critical in creating well-adjusted adults. After World War II, the War Department asked Flanagan to serve on a blue-ribbon panel sent to the Far East to study the care of war orphans. While in Germany on a similar commission, Father Flanagan died of a heart attack. President Harry S. Truman attended the funeral conducted on the grounds of Boys Town.