By 2007, the geographic concentration of Iranian immigrants had grown greater. About 60 percent of them lived in California, with more than one-third of Iranian-born people in the United States living in the Los Angeles-Long Beach metropolitan area and another 7 percent in nearby Orange County. Outside California, the largest numbers of Iranians could be found in Texas (home to about 6 percent) and in New York State (also about 6 percent). However, there were at least some Iranians in most of the states.

Because of their generally high levels of education, Iranians in the United States have tended to work in white-collar, professional occupations. In 2007, more than one-fifth of them worked as managers, officials, or proprietors. Other common occupations included salespeople, professional and technical workers, and physicians and surgeons. The most common industrial concentrations were in educational services or medical services. However, compared to native-born American women, Iranian women have shown relatively low labor force participation. In 2007, only about half of Iranian-born women in the United States were in the labor force. 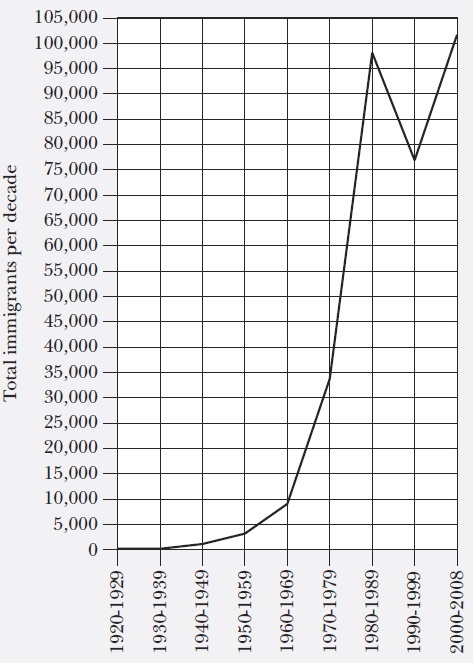