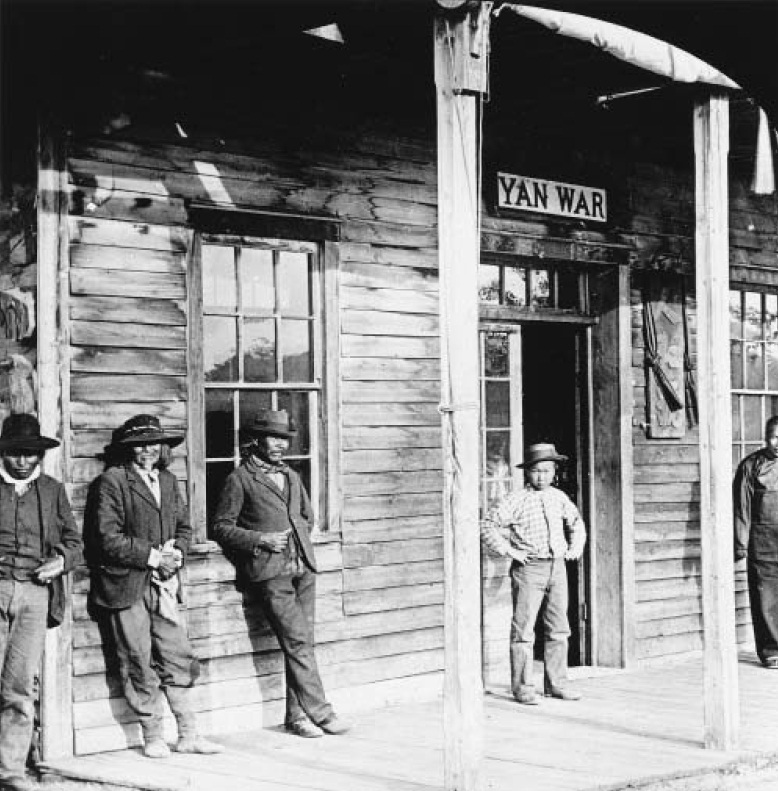 A Chinese store in the interior of the “upper country,” British Columbia, ca. 1910. Between 1881 and 1884, more than 17,000 Chinese immigrants arrived in Vancouver, most to work on the Canadian Pacific Railway. Fears of a “yellow” west led to Canada’s first anti-immigrant legislation based on race, the Chinese Immigration Act of 1885. (National Archives of Canada)
The Immigration and Nationality Act of 1965 finally removed race as a barrier to immigration to the United States, opening a new era to which the Chinese eagerly responded. In addition to large numbers coming to reunite with family members, some 250,000 highly educated scientists, engineers, and intellectuals migrated to the United States between 1965 and 2000 to take advanced degrees, with most remaining in the country. Tens of thousands emigrated from Taiwan (see Taiwanese immigration) and Hong Kong, principally for education and economic opportunities. Normalization of diplomatic relations with the People’s Republic of China (PRC) in 1979 opened a new immigration market. Following the end of the Vietnam War in 1975, more than 1 million Vietnamese, Laotian, and Cambodian refugees entered the United States; perhaps one-third were ethnic Chinese, who tended to settle in Chinatowns. Finally, during the 1980s and 1990s, the smuggling of Chinese laborers from the PRC became a growing problem. In 2000, the Immigration and Naturalization Service estimated that there were about 115,000 unauthorized Chinese living in the United States, the largest number for any country outside the Western Hemisphere. Between 1992 and 2002, more than 700,000 Chinese from the PRC, Hong Kong, and Taiwan immigrated to the United States. Canada’s immigration regulations of 1967 similarly eliminated racial considerations in immigrant selection, leading to an upsurge in Chinese immigration, most coming from Hong Kong. Between 1991 and 2001, more than 400,000 Chinese immigrated to Canada, making them the fastest growing visible minority in the country. Hong Kong was the number one source country for Canadian immigration throughout most of the 1990s and was only replaced by the People’s Republic of China in 1997 as Hong Kong’s position within the PRC was regularized. Taiwan also placed in the top six source countries during most of the 1990s.
See also Angel Island.