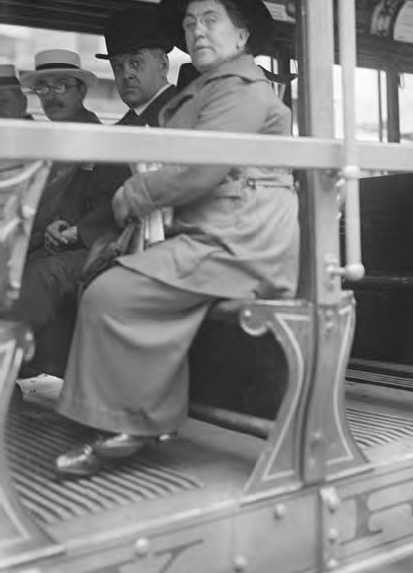 A forceful voice for the nascent anarchist movement in the United States, Goldman founded the magazine Mother Earth and crisscrossed the United States lecturing about anarchy and supporting anarchists, immigrant and labor groups, women, and others oppressed by the government and institutionalized capitalism. 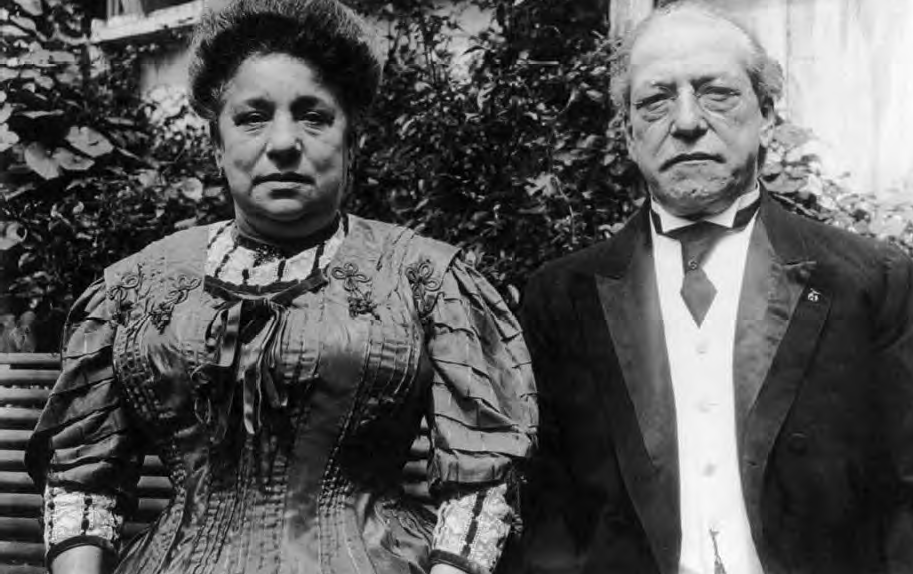 Undeniably one of the leading figures in labor history, Gompers was already an ardent unionist prior to leaving London for New York City in 1863. The giant union he cofounded in 1881, the American Federation of Labor, was based on the pragmatic principles he had learned in England. 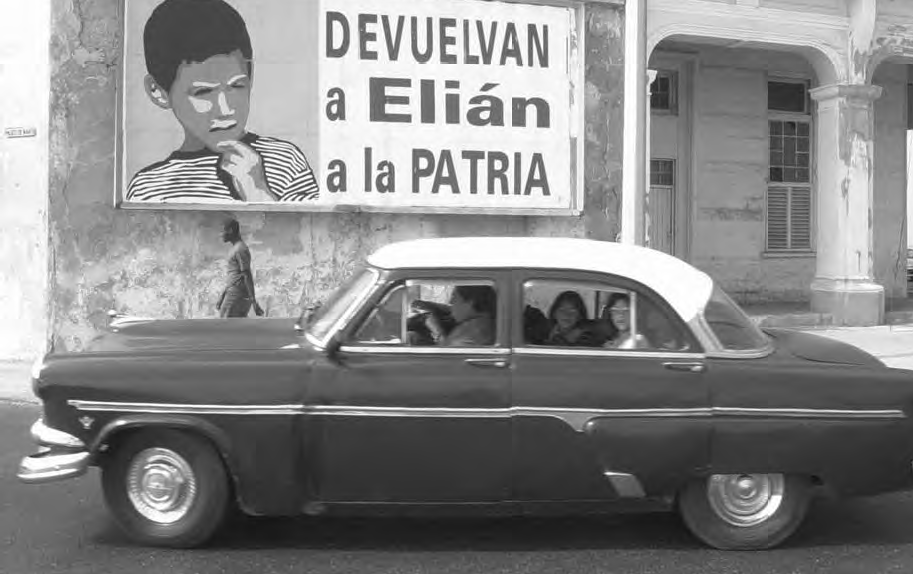 What may have been the world’s most closely watched custody battle became a cause célèbre that reached the U.S. Supreme Court, strained U.S.-Cuba relations, and had future political repercussions.

Founded in San Francisco by Japanese Christian students, the Gospel Society was the first immigrant association established by Japanese in the United States. The organization played an integral part in helping many new Japanese immigrants adjust to life in America while pursuing their studies.

The Richardson decision was the first in a series of rulings that struck down discriminatory state laws denying public benefits to noncitizens. 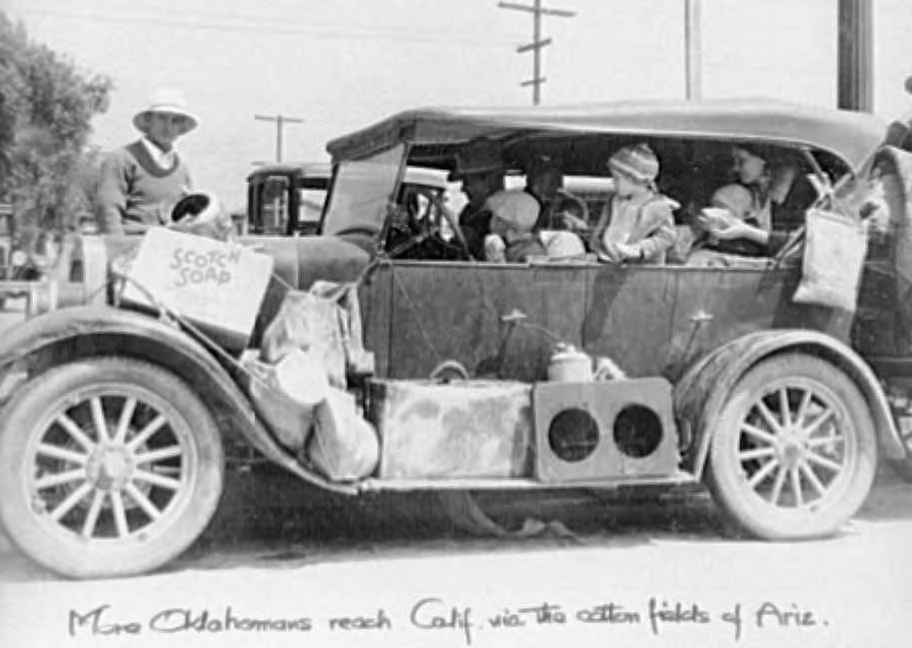 Immigration was a thorny issue during the Depression. Legislation was already in place barring certain ethnic groups from entering the United States, and immigration remained restricted during the era owing to economic factors. 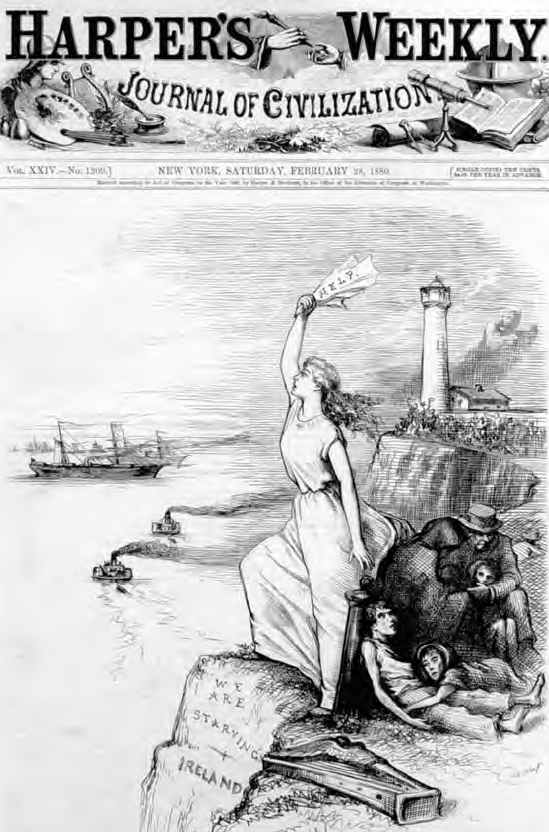 Significance: Although Greeks have accounted for a relatively small percentage of the total immigrants to the United States, they have formed strong ethnic communities that have kept alive their language, traditions, and religion. Persons of Greek ancestry account for 0.4 percent of the current population of the United States.

Significant numbers of Greeks did not begin immigrating to the United States until the 1880’s. However, the first Greek immigrants arrived during the 1820’s, when the Greek war of independence from the Ottoman Empire left Greece with a large foreign debt, and the lack of industrialization forced inhabitants to look elsewhere for employment.

Emigrants boarding small boats in Patras, Greece, on their way to the steamship that will take them to America in 1910. (Library of Congress)

After the Turks captured Constantinople in 1453, Greece became part of the Ottoman Empire. Inspired by the late eighteenth century revolutions in North America and western Europe, as well as their own sense of Greek nationalism, a group of Greek loyalists planned a rebellion against the Ottoman state. They gained the support of numerous countries, including Great Britain, France, and Russia. Greece became an independent nation after signing the Treaty of Adrianople in 1832.

Following the end of its war of independence, Greece faced a number of internal economic challenges. The country was slow to industrialize through the nineteenth century. As late as 1879, more than 80 percent of its people still lived in rural communities. Currants were Greece’s chief export product, and their price declined so much that many Greek farmers went bankrupt and were unable to pay their taxes. This poor economic climate prompted many Greeks to emigrate.

With the encouragement of the Greek government, young men began leaving the country during the late nineteenth century in the hope of gaining employment in the United States. Large-scale Greek immigration to the United States began in 1880, with the largest numbers immigrating during the early twentieth century. Between 1900 and 1920, more than 350,000 Greeks immigrated to the United States. About 95 percent of the immigrants who came between 1899 and 1910 were men. In keeping with Greek tradition, these men often worked to secure dowries for their sisters back home. In 1905 alone, Greek immigrants remitted more than four million dollars to their families in Greece. Most did not intend to stay in the United States.

Greeks in the United States

Upon arriving in the United States, most Greek immigrants found jobs in various industries. In New England, for example, they worked in textile mills. A particularly large Greek community formed in Lowell, Massachusetts, where many Greek men worked in the mill. In Utah and Colorado, Greeks found work in copper and coal mines. In California they worked in railroad gangs. Many were victimized by padrones, labor brokers who recruited immigrants for jobs in exchange for the immigrants’ wages.

Around the turn of the twentieth century, Greek immigrants began going into business for themselves. They opened shoeshine parlors, candy shops, and, most notably, restaurants. Their first restaurants served native cuisine to fellow Greeks. In Chicago, some moved into the lunch business, working from street carts that sold inexpensive fare to factory workers. After the Chicago city council banned the sale of food on city streets, the immigrants turned to opening permanent establishments. Using mainly family members for labor and requiring little startup money, the restaurant business was the first stable economic base for Greeks in America. By 1919, one of every three restaurants in Chicago was operated by a Greek.

A major unifying force for the Greek community in America was the church. The first Greek Orthodox Church in the United States, the Holy Trinity of New Orleans, was founded in 1864. By 1918, nearly 130 Orthodox churches had been founded across the country. Local community organizations called kinotis raised the necessary funds to establish the churches. Many Greeks sought the close-knit communities they had in their home country, and the churches provided the immigrants with forums in which to share their common beliefs. During the early twenty-first century, Greek Orthodox churches have continued to serve as cultural and social centers for many Greek communities within the United States. 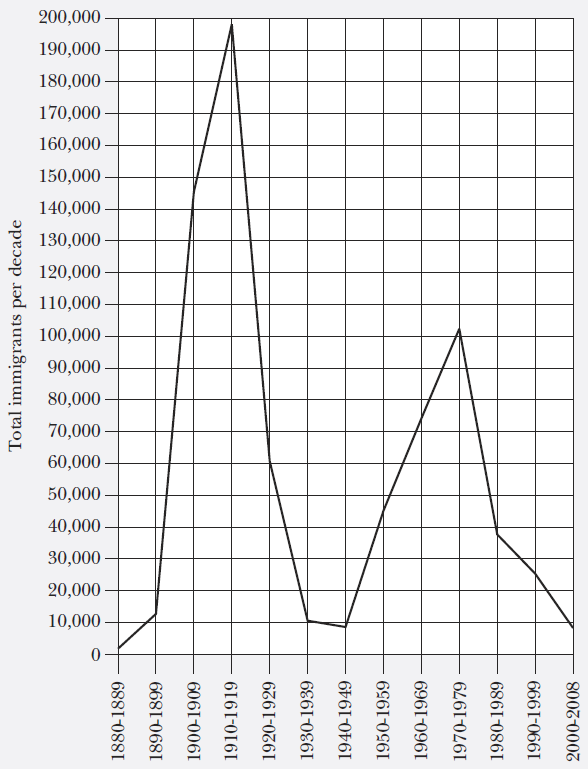 Source: Department of Homeland Security, Yearbook of Immigration Statistics, 2008. Figures include only immigrants who obtained legal permanent resident status. Records for 1820-1879 show only 375 immigrants from Greece.

Prior to 1965, the United States had established quotas restricting immigration from certain countries and ethnic groups. The quotas favored immigrants fromnorthern and western European countries. The Immigration Act of 1924 had imposed harsh restrictions on non-western European immigrant groups. Under that law, only one hundred Greeks per year were allowed entry into the United States.

In 1965, the Democratic-controlled U.S. Congress passed the Immigration and Nationality Act. Whereas previous immigration acts had imposed quotas by country, the 1965 act established hemispheric quotas, and distributed visas based on job skills and family reunification. Many Greek Americans used the new law to bring members of their families to the United States. Between 1960 and 1980, more than 170,000 Greeks immigrated to the United States, many with family reunification visas.

During the first decade of the twenty-first century, approximately 1.4 million persons of Greek ancestry were living in the United States. They resided in all fifty states, with the greatest numbers living in large cities such as Chicago, New York City, and Detroit. Many Greek immigrants have assimilated into American culture, but have remained strongly connected to Greek traditions, religion, and ethnicity.

Contopoulos, Michael. The Greek Community of New York City: Early Years to 1910. New Rochelle, N.Y.: Aristide D. Caratzas, 1992. History of one of the largest concentrations of Greek immigrants in any American city. 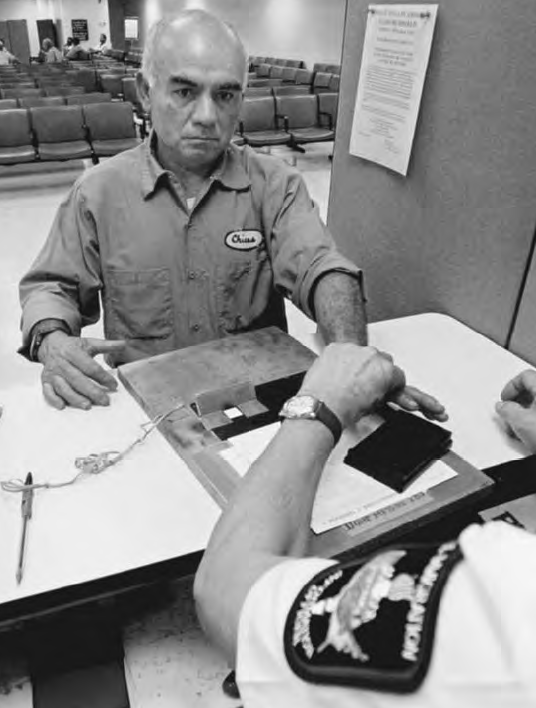 Immigrants without green cards have no legal right to reside permanently or to work in the United States.

The Gresham-Yang Treaty did away with the terms of the Scott Act of 1888 and placed exclusion and registration laws passed since 1882 on a proper treaty basis.

The third person hired by the cofounders of the Intel Corporation, the Hungarian-bornGrove rose relatively quickly to the company’s top management position.

Civil war, natural disasters, and economic hardships combined to cause Guatemalan immigration to the United States to begin a rise during the 1960’s that has continued to grow into the twenty-first century. Guatemalans have become the second-largest Central American immigrant community after Salvadorans.

Guest-worker programs in the United States, such as the mid-century bracero program, have often met with controversy due to variable labor conditions and their perceived effect on American wages and job availability. 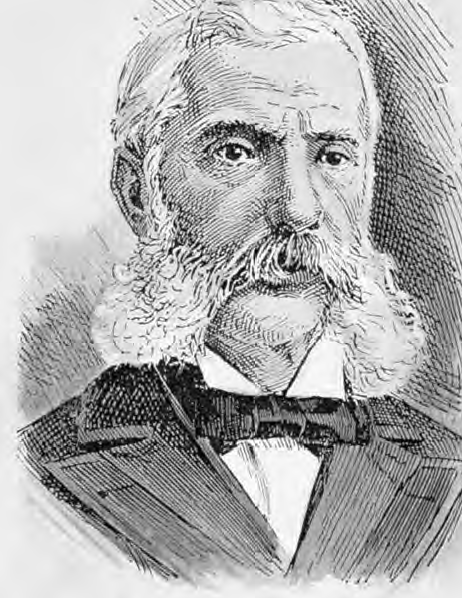 Originally an impoverished Jewish peddler from Switzerland, Guggenheim built a worldwide mining conglomerate after immigrating to the United States. 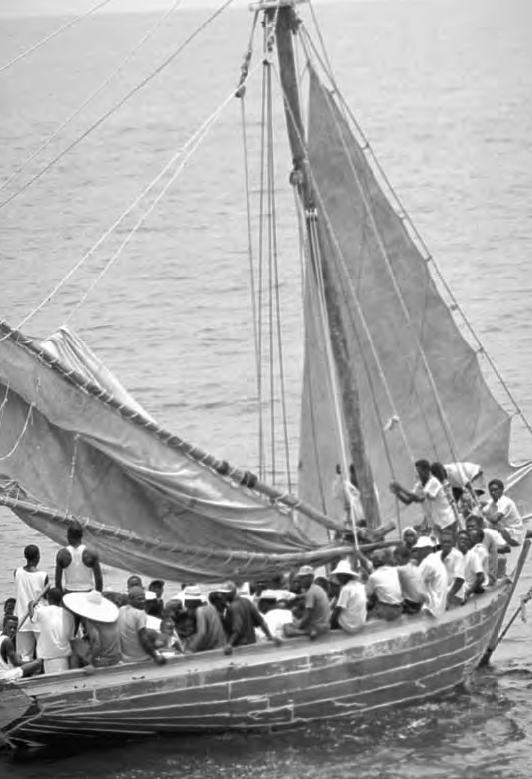 Defining the Haitian boat people as economic rather than political refugees allowed the United States to refuse asylum to thousands of Haitians and raised serious questions about human rights standards and treatment of refugees in the United States.